Serbia has put in place the Cadastre of Mining Waste, following the project implemented by the Ministry of Mining and Energy, and financially supported by the European Union. The EUR 2.1 million worth project has been taking place in the period from February 2017 to January 2020. and successfully achieved the major project’s goal, i.e. further development and improvement of mining waste management system in Serbia.

Representatives of the Ministry of Mining and Energy, the European Union Delegation to the Republic of Serbia and members of the project team, lead by a consortium of German companies PLEJADES and DMT, presented today in Belgrade to interested stakeholders, such as companies, organizations and media representatives, project’s results, methodology, importance of this project for the Serbian mining industry  as well as the impact of this project on the environment.

Dr. Peter Bayer, Project Team Leader, said he is satisfied with the achieved results, pointing at the same time at the complexity оf the project:

“The challenge was the large number of sites across Serbia to be visited and later to be investigated, the sheer volume of data to be managed, to be documented in comprehensive reports and maps and to be introduced into the data base we programmed. Despite technical and operational complexity of the project, our team comprised of over 40 national and international experts succeeded in completing the project in a rather short period of time,” Bayer pointed out.

An inventory presented in the form of a web application and a book titled “Cadastre of Mining Waste” features systematically collected and compiled data of 250 abandoned mining waste sites. It also contains results of detailed investigation of 41 abandoned mining waste sites with detailed information from chemical, mineralogical, geomechanial and laboratory analyses, as well as conclusions based on those investigations and analyses, which characterise the mining waste and assess impact on the environment and human health.

Dr. Dragana Jelisavac Erdeljan, Head of the Department for Mining in the Ministry of Mining and Energy, said at the event: “With obtained results from the field and with labaratory results in place, the Ministry will be equipped with sound documentation so it can possibly react in appropriate manner in case of remediation, rehabilitation and re-cultivation of mining waste facilities that are critical for the environment or human health.”

Jelisavac Erdeljan has also announced that starting from this year, the new Decree to regulate mining waste management in Serbia will come into force. “Mining companies are given a period of two years to align their operations with the Decree. The outputs and experience gained during this project, such as new Manual for Inspectors, visits to mining waste sites in Germany, exchange of experience and best practices with colleagues from active mines, closed or abandoned mining sites, with colleagues from institutions in charge of remediation and monitoring of those locations in Germany, will certainly represent a valuable contribution to implementation of activities envisaged by the Decree.

Boris Ilijevski, Head of Section III (energy, environment, transport and agriculture), Delegation of the European Union to the Republic of Serbia said at the conference: ”The EU is the main partner of Serbia to protect the environment. All our projects are designed and implemented to have a positive impact on environmental protection and citizen’s quality of life. Over the past 19 years the EU donated EUR 402 million to Serbia for environmental protection.”

Ilijevski also said that with the “Cadastre of Mining Waste” project the EU assists Serbia in the development of an inventory comprising some 500 mining sites and added that such information serves as a starting point for the Ministries and local governments’ actions toward risks mitigation, mining waste management or further use, if possible, by Companies that exploit mineral resources. At the end, Ilijevski emphasized that local communities and people living near such mining waste sites would be the immediate beneficiaries from all of this. 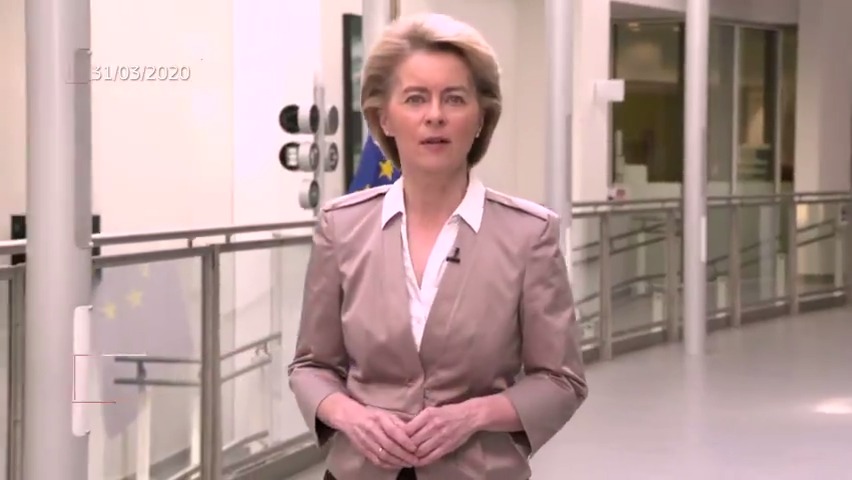 #Coronavirus myths and fake news circulating on social media can cost lives. We're working with online platforms to stop those seeking to profit from or exploit the crisis. Check your sources, trust health professionals. Together, let's set the record straight. 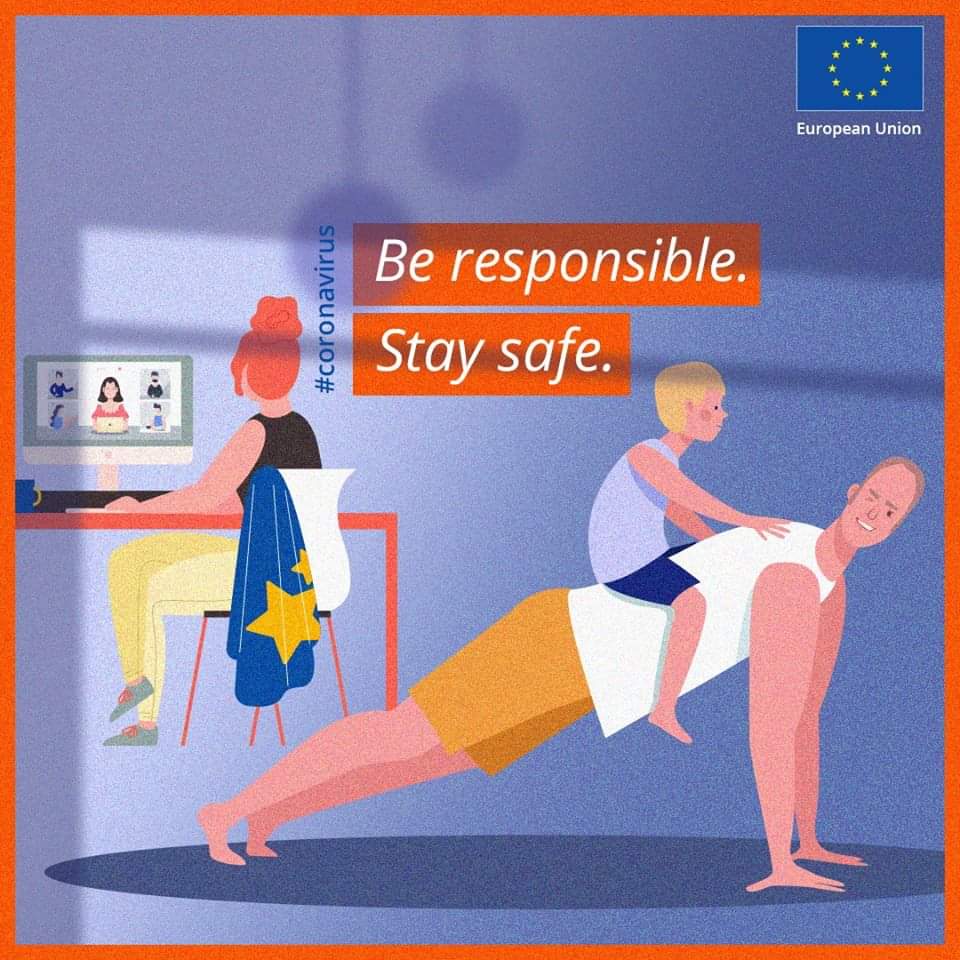 Spoke to @predsednikrs @avucic today: #EU stands by its partners in the fight against #coronavirus & and is providing #Serbia w over €93m of support for immediate needs & to mitigate socio-economic impact of the pandemic. #WesternBalkans https://t.co/DVQoXQnuBf https://t.co/s9eHsua8Pf 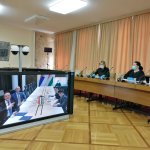 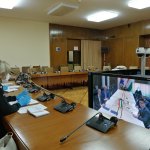 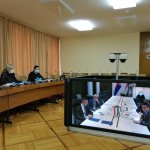 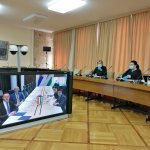 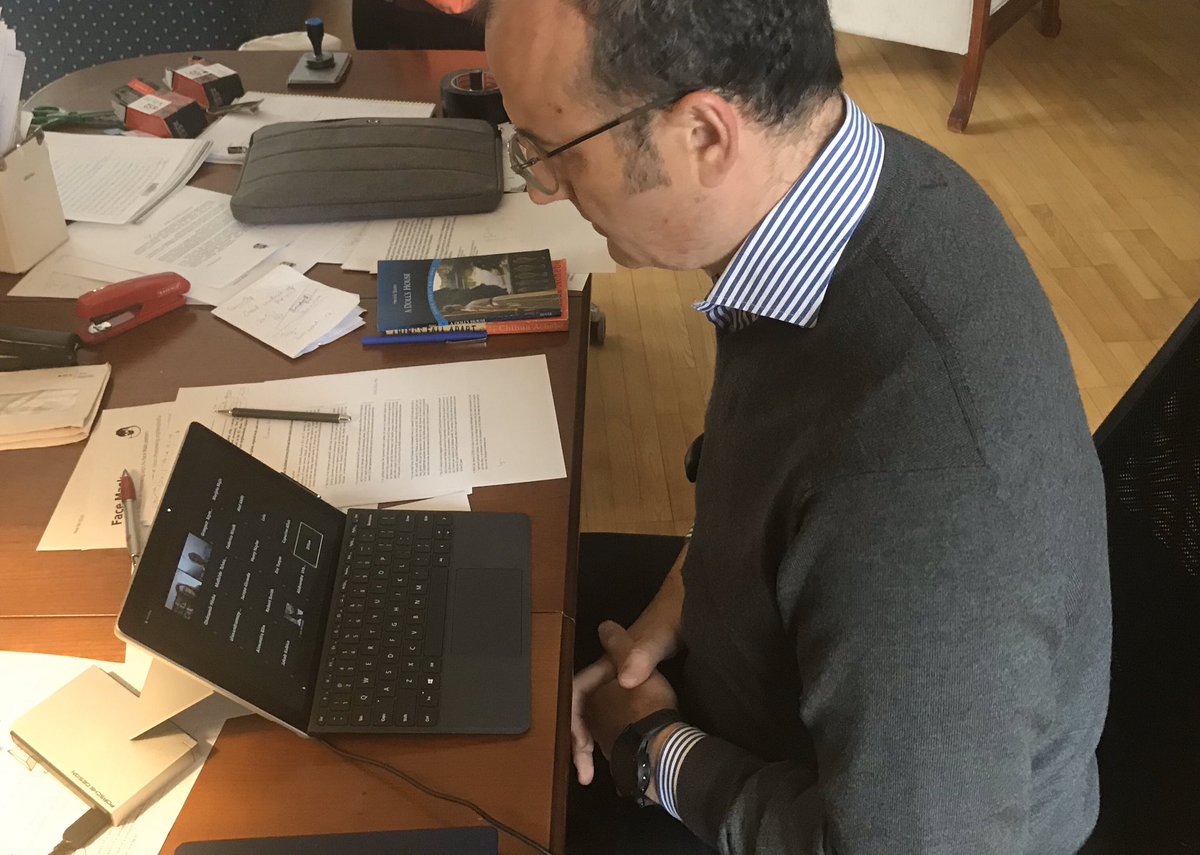 The Covid 19 emergency does not diminish students’ & academic interest in Serbia, enlargement and WB. Had 1 hr Q&A with students from all over Europe, at Collège d’Europe @coenatolin. #Zoomtime

Spoke to @predsednikrs @avucic today: #EU stands by its partners in the fight against #coronavirus & and is providing #Serbia w over €93m of support for immediate needs & to mitigate socio-economic impact of the pandemic. #WesternBalkans https://t.co/s9eHsua8Pf

The Covid 19 emergency does not diminish students’ & academic interest in Serbia, enlargement and WB. Had 1 hr Q&A with students from all over Europe, at Collège d’Europe @coenatolin. #Zoomtime 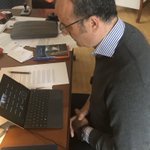 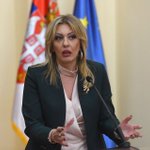